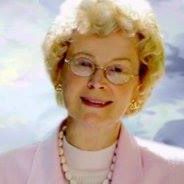 Merry Thomas Pittman of 1611 Carbonton Road died at her residence on Feb. 14, 2011, after a lengthy illness. She was the daughter of the late J. Clyde Thomas and Mary Emma Yarborough Thomas, and was born July 8, 1926, in Broadway, NC.

She was preceded in death by her husband, James B. Pittman; a son, T. Scott Pittman; a brother, Lawrence K. Thomas; and a sister, Jewel Thomas Adcock.

She is survived by a brother, Harry C. Thomas of Sanford, a son, Jack Pittman of Raleigh, five grandchildren, and two great-grandchildren.

Mrs. Pittman was a graduate of Sanford High School and attended Sanford Business College and Central Carolina Community College. She retired from CCCC as a secretary. She enjoyed salt water fishing, travel, and bowling, but most of all her life was exemplified by her compassionate nature and generous spirit of volunteer service. Friends and relatives alike bear testimony to the love and joy she spread which reflected her name “Merry.”

She was a longtime member of East Sanford Baptist Church where she served as a Sunday School teacher, department director, and on various committees.

The funeral was held at East Sanford Baptist Church on Wednesday, Feb. 16, at 11 a.m. with the Reverends Bob Yandle and Robbie Gibson officiating. Moving eulogies were delivered by longtime friends Jesse Collins and Jackie Parker. Merry’s and Jack’s favorite song, “Tennessee Waltz,” was played by their nephew Barry Cashion on trumpet, accompanied by his daughter Kimberly C. Davidson on piano. William Ellis led the congregation in Mrs. Pittman’s favorite hymns, “Amazing Grace” and “Great Is Thy Faithfulness.”

Memorial donations may be made to the East Sanford Baptist Church Building Fund.

I give permission for researchers to make copies of materials found on my site and to share them in other outlets. I only ask for a source mention when materials from my site are used, just as I promise to credit others and cite my sources of information.

Because I do not have infinite space on my server, the images on this site are of lower resolution than the original scans on my personal computer. If you would like a full resolution scan of any particular item, post a comment or send me an email at joy@joysephine.com and I would be happy to oblige.

Unless otherwise noted, the original documents and photographs that appear on this site are in my personal collection and were originally scanned and processed by myself. I welcome materials from outside of my collection and give credit to those sources. If you have any materials related to the content of this blog that you would like to see shared, please visit my About page for contact details.